So the work on our company new and Improved Revit 2012 Template is complete. As recommended by Autodesk we take the time to re-build the template with each new version. 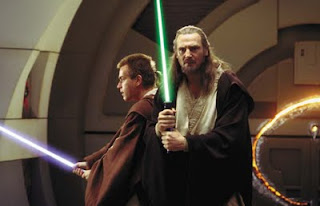 This year it has been easier for my Padawan or Revit Apprentice “Rikki” to complete his task because he finally has twin screens and was able to have 2011 on one screen with 2012 on the other.
OK before he reads this and gives me any of his lip, the Pupil is fast becoming or has become the Master, he so reminds me or me at that age, when I was the company AutoCAD power user and became the CAD Manager on the basis that all the users came to me for help, now it’s Rikkis turn, scary.I must be getting old.
The reality is that I would love to spend all my time playing and producing with Revit but these days I have too many other duties to perform during the day.
In my soul, I’m still a draughtsman and computer nerd, which is why I love to play with Revit and Beta it and other software in my spare time, having long since given up writing CADesign software and bolt-ons for CADrafting packages.
During development of the template Rikki is occasionally bouncing up and down saying, have you seen this in 2012 it does xyz which is better than 2011 and demonstrates too me, each time he finds a new feature or improvement he likes.
We are still awaiting the release of the new compatible KIP printer driver which after some investigation we were informed on the 28th April that a Revit 2012 compatible driver is to be released “imminently” so keep on checking the KIP website for updates. We do nothing appears and no one seems to be able to inform me how imminent "imminently" is?
A quick telephone call to CSC our Analytical software provider and I’m informed that their conversion program to and from Revit 2012 will not be available for one or two months! And that they are releasing a newer version for 2011 before they get around to 2012!
Great Stuff…… more reasons not to roll out the new version yet..
Then I come across a posting from Eagle Point that their add-on software is already compatible with 2012 (shame they don’t write Structural Analytical packages)
I’m keeping an eye on the AUGI Forums for reports of problems with 2012 as its’ the annual dilemma of how stable is this and do I wait for the first Service Pack before rolling out to all the guys in the three offices is in the mix.
The other two companies to keep an eye on at this time of the year are Wiley and ASCENT who release lists of new books and training materials for Autodesk products.
It is also sad to see that currently there are no plans for additional publications or courses for either Revit Structure or MEP. I have requested some review copies of their training material from ASCENT so that I can blog about them here, for those of you just starting on the learning curve, who may consider purchasing them.
Following my discussions with my contact at Wiley I’m also sad to report that once again they have decided not to publish Mastering Revit Structure this year, but are keeping an eye on the growth of BIM and Revit and may well re-introduce it for 2013

Mastering Revit Structure 2009 and 2010 were a fantastic resource,  I personally purchased a copy of both books before it was dropped for the 2011 release. 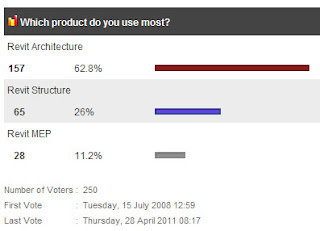 What I don’t understand is that whilst not publishing a Mastering Autodesk Revit Structure 2012 they have published Mastering Revit MEP 2012!

In terms of units sold and being used, there are more seats of Structures out there than MEP?

My contact of Wiley is sending me over a selection of books to read and review so there will be some blogging about my findings in the near future.  It will be good to see how much of Mastering Autodesk Revit can be used and will be of use to Revit Structure Users. There is after all the core which is applicable to all versions of Revit and then those additional features that apply to the particular flavour of Revit you are using.
Let’s also hope that the Free Upgrades and introduction of the Design and Creation Suites will encourage more equality of support across the three flavours of Revit..
.
Posted by cadalot at 06:00