There is more to life than Revit & BIM


I now have an additional Blog about my Allotment!

Yep nothing to do with the Construction Industry, CAD, BIM, Health and Safety or Party Wall matters ......... This is the "off subject" Blog about (as the title suggests) my Allotment.

My daughters now 21 and 18 think that their dear old Dad is really getting old, and they also think it's cute that I've got an allotment! and that perhaps I'm also going a little crackers......They could be right ;0)

The purpose of the allotment blog is to record my progress and perhaps to get some feedback and comments on what I'm doing right and wrong and to remind me how much I have actually achieved, when I really don't feel like I'm getting anywhere or moving as fast as I would wish.

In my head I'm still between 23 - 26 and think I can function at the speed and without the consequences of physical work - Truth is I'm 54 and my body knows it and no doubt will let my brain know by sending messages from aching muscles.

See http://cadalot-allotment.blogspot.co.uk/
.
Posted by cadalot at 20:53 No comments:


OK it would appear the updates are a part of the Subscription Advantage pack I blogged about below however you can get hold of the Update 2 for your flavour of Revit from the Updates section of each product page:

The update for Autodesk Revit 2013 can be found in the Design & Creation Suites Support > Data & Downloads > Updates & Service Packs section.

Installation ReadMe files and Update Enhancement PDFs are available at each of these locations as well.

The Return of the Subscription Advantage Pack? 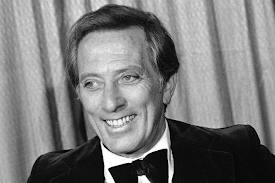 Is this the return of the missing
Subscription Advantage Pack?

This could be an Andy Williams moment ?

"It's just too good to true"

Integration mechanism was changed to be more stable and independent of user way of work. Problems related to loading *.xml files were fixed. Data transfer was improved to avoid data inconsistency which occurred in specific situations after transferring model from Autodesk® Revit® to AutoCAD® Civil 3D®.
 Modeling in Autodesk® Revit®

Additional verification for parameters used to create bridge in Autodesk® Revit® was added to ensure that data entered by user is coherent and allows for valid bridge construction. The algorithm responsible for bridge generation was improved to remove inaccuracy in the created geometry. Problem with work with two bridge objects inside one Autodesk® Revit® file was solved.
 Improved work with configurations files (*.rdx) and increased stability of application.

Integration with Autodesk® Robot™ Structural Analysis 2013
Improvements were introduced to increase the stability of integration between Revit and Robot applications.
Reinforcement Modules
Enhancements were implemented to perform more advanced analyze for complex structures. Reinforcement modules can now recognize more cases where automatic reinforcement shouldn’t be applied. Moreover some improvements were implemented to increase the stability, reliability and performance of reinforcement modules.
Revit® Extensions for Spanish localized version of Autodesk® Revit®
Improvements were done to get all extensions available for the user
...plus some more structural stuff...
Posted by cadalot at 06:04 No comments:


Repost from BIM and Beam


Service Pack SP1 for AutoCAD Structural Detailing 2013 is now available for download from the Services & Support site and also live in the LiveUpdate system. This update includes AutoCAD 2013 SP1.1.

The readme containing the latest information regarding the installation and use of this Service Pack is available in:


Ok I've not Blogged for a little while because I have been so busy with work and arranging events for LRUG the London Revit User Group and updating it's web site, and security measures etc.

Chris has asked me to post the job advert below because it may be of interest to many of my readers. It would appear that Autodesk know that I'm passionate about Revit and hoped I didn't mind them asking for my help to make it better. Autodesk are looking for a candidate to join the Revit User Experience team with very specific experience in construction modeling.

Always happy to make Revit better so here we go:-

You are an expert in modeling for construction. You pursued this career path because you are energized by complex problems, passionate about getting the details right, and convinced that technology can shape our environment. You are a designer at heart. You are able to lead and also follow. You want to work collaboratively with a team of equally committed, talented, and driven professionals.

If this is you, we'd like you to consider joining our team as a user experience designer for Revit, focused on modeling for construction. Don't worry if you've never written a line of code or designed a software application, if you are the right candidate, we can teach you what you need to know user experience design.

Are you excited by this opportunity? If so, you can review the full position posting here. Please send a statement of interest and resume to chris.yanchar@autodesk.com. Want to wow us? Send us a link to some work of which you are really proud and tell us about your role in making it real.

Labels: Recruitment
Newer Posts Older Posts Home
Subscribe to: Posts (Atom)
Everything posted on this blog is my personal opinion and does not necessarily represent the views of any other person or party.