GAME ON! - My First Real Scheme 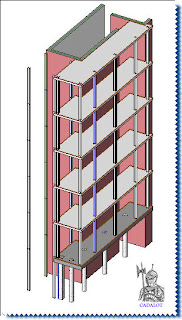 Right, the idea was that I document on the Blog as I learnt the package…… Get Real!

Like I’m going to spend time writing down every thought and learning experience as it happens, I want to play with my new toy.

As I’m sitting at my computer typing this up I would rather be playing with Revit Structure, finding the answers to all those questions I have in my head, and climbing that learning curve.

But the idea of this Blog is hopefully to assist others following behind up the learning curve, so here we go.

What you have is a snap shot in time, I’ve played with Revit, watched a number of CADClips, pressed F1 and used help, looked at the tutorials that come with the package and generally go to the point you see on the left very quickly.

Comment Key to where I am after creating the drawing shown left:-

Load AutoCAD drawing as a reference
Problems with units and scales with Architects drawing?
Need to understand this better and find out why the architects drawing did not come in correctly when my own did?

Grids
Bubble Size? – Initially wondered about changing the size of the bubble until I recalled that this was done by the scale factor for the view.

Place Steel Columns Level 2 (Second Floor)
Rotation on Placing? – Found by watching CADClip videos and noticing the rotate button, then used F1 to find out more.
Rotation after placing? – Shown during a CADClip Video on Beams

Concrete Slab 1st Floor
How to deal with Sloping Soffit only?
How to define your own slab type? – Holorib <>
Detailing Reinforcement?

Concrete Columns (Level 1 – Ground)
How to define your own concrete column sizes?

Beams
Placing beams supported by cleats off columns, or off the face of the column.
Placing beams that are bolted to load bearing walls.
Placing secondary steel (horizontal purlins) to support vertical cladding.

Piles
Just columns in the ground?
How to create broken ends for sections and elevations

Lift Pit
Base is this just a slab?
How to detail a profiled concrete wall?

Drawing Sheets
Getting details into a standard drawing sheet(s)
Posted by cadalot at 09:40 No comments:

I’ve printed out the Users Guide and the Metric Tutorials which also come as adobe pdf files in a hand A4 format for us Brits, I bound these up with a comb binder, and have them at hand for downtime, you know for when you are not at the computer and your sitting in a doctors or dentist waiting room or having to spending some time in the living room with the wife. (See I can and do read instructions)

I’ve done the Getting Started Steel Project, and read the Concrete Project that comes with the disks, whilst on the train (one of those down times I was talking about) I use F1 –Help a lot

But…. I want to get cracking with Revit…….I want to fly it and I want to fly it now….. (I sound just like the little girl in Willy Wonka)
I did find a web site where you can download the tutorial manuals that come with the trial DVD in pdf format as well. (Link to tutorials)

Daryl is a CAD Trainer and Architectural Designer based in Calgary, Alberta Canada. He has been using Autodesk products since 1988 . Revit Rocks! and CADClips, are MUST VISIT web sites - so much information.

I bought a full site subscription for three months to CADClips so that I could get my paws on his training videos to help me climb that learning curve. It took some time to get them all downloaded but they are now sitting on my hard disk and backed up on five DVD’s (3x Architecture and 2 x Structure) so that I can view at work or home.

I’m dipping in and out of The CADClip Video Tutorials and they are worth their weight in gold. I will go back and review the lot, but for now I’m trying to fast track my learning for a project I have at the moment, and I want to learn on something live and real.

The scheme I’m learning on is an extension to a number of six storey blocks of flats in Kensington & Chelsea that need new lifts fitted. The existing shafts are too small for modern lifts, so we are bolting on a structure which provides new landings and access to new lift shafts.

Then from the first floor slab we switch to a steel frame with a holorib steel decking slabs. There are also a lot of novel, non-typical tutorial types of real life details that will need to be modelled. i.e. PFC and steel angles bolted to existing walls etc.

Jumping in at the deep end, my thought process for attacking this project based on my limited knowledge of Revit so far, kind of run in this order:-

* Load AutoCAD drawing as a reference

* Drawing Sheets
This is a learning project so once completed I will review what I’ve done and learnt and probably do things completely differently on the next project, but Hay!, that’s what learning and gaining experience is all about …right? 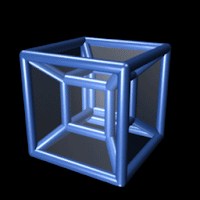 I looked at REVIT some time ago, before Autodesk got it’s hands on the product, I was also playing with SketchUp before google bought it.

I had created very basic 3D drawings in Cadvance, IntelliCAD and AutoCAD, but at that time as a Structural Engineer I did not see that the fee element in schemes would allow the funding to buy and learn another CAD program even if it was good at 3D.

Using Autodesk Architectural Desktop when it first came out was as near as I got to making any real move towards 3D. I bought ADT because at the time it was only about £300 more than Full AutoCAD.

With each version ADT was getting better, then after 17 years with the same company I moved to a new company and lost my access to Full AutoCAD and Architectural Desktop.

My new company had a seven year old (version 2000) of AutoCAD LT.

I was used to using full AutoCAD, I had all my lisp routines etc and missed the basic AutoCAD 3D element, however so humble it was.

So my mission was to create a business case for upgrading from AutoCAD 2000 LT.

I went to a REVIT open day help by one the UK dealers and found to my amazement that they were giving Full AutoCAD away with a copy of REVIT Structure Suite 2008.

After seeing how fast an experience user could create a model, and then finding that it could also be structurally analysed, as well as producing plans, elevations and sections it was a no brainer. 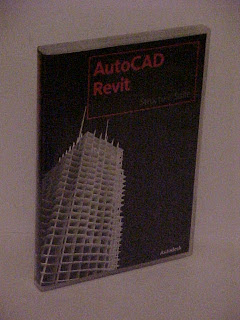 I managed to obtain a trial DVD from a UK dealer and installed it at home for the 30 days trial.

A week into my 30 days, my father was taken very ill, and I spent the next three weeks with him in the nursing home, until he finally passed away.

By the time life returned to what one may call normal, the 30 days were well and truly over. It’s got to be said that 30 days trial period for software better than nothing but only just.

Most people are busy and need to fit in the time to play with any new package they are considering purchasing.

If software writers could say turn the 30 days into actual hours playing with the software, that would be a hell of a lot better. Come to think of it if they could keep it active by the hours it was opened then they could even reduce that to say 100 hours.

Getting off the soapbox, and returning back to the plot. My directors had listened to me, considered my business case and had instructed our IT Manager to purchase Revit Structure 2008.

I have found in the past there is always a delay in getting these trial disks and instruction guides in the UK. Also dealers can be a bit mean with them. But they are out there and they are worth obtaining.

The other great thing that has happened, is that Autodesk know acknowledge that you can’t be in two places at one time and you can apply for a home user licence if you are under subscription and have the software as outlined in their guidance notes.

Again ask your Autodesk dealer if this arrangement applies to you.

Our IT department finally installs the software, with security policies these days my company won’t allow anyone to install software themselves. 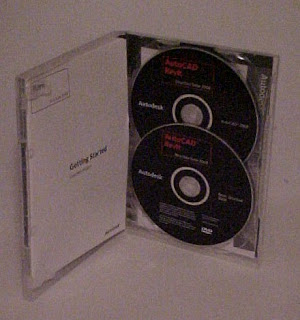 The Getting Started manual is really two tutorials in a small booklet format that fits neatly in the DVD case.

I don’t know if these tutorials get downloaded if you download the trail version off the Autodesk web site?

Perhaps someone who reads this post can let us know?

If not, then I will check it out, and answer the question myself.
Posted by cadalot at 23:54 No comments:

I have been using CAD since 1974. Between 1988 and May 2005 I took on the duties of CAD Manager and supported up to 70 CAD users within a multi-discipline Construction Consultancy. I’m a Structural Engineer who started life as a draughtsman, who has always done his own drawings and is a CAD-A-HOLIC.

I’m a “Power-User” when it comes to AutoCAD, IntelliCAD, Cadvance and Generic CADD, but a complete REVIT newbie and virgin.

I thought that it may be useful to other new REVIT users to document my struggle up the learning curve, perhaps like leaving breadcrumbs for them to follow and notice of dead-end paths, and learning perils for them to avoid.

I’ve added a REVIT area to my cadalot web site, starting as always with an extensive link page, with a brief description of what’s on each web / blog site.
Posted by cadalot at 06:58 No comments:

Labels: Introduction
Newer Posts Home
Subscribe to: Posts (Atom)
Everything posted on this blog is my personal opinion and does not necessarily represent the views of any other person or party.