Enough of the background information on UK Steel sections back to Revit and columns as beam sections. Below is the example file I am working on to learn Revit. Structure. The columns on this are 152x152UC23 and guess what? the beam at the top is also a 152x152UC23. 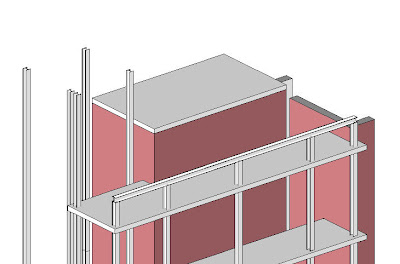 Initially when adding the beam (which is a Universal Column section) I went to Metric Library\Structural\Columns\Steel, but the type selected would not load….. 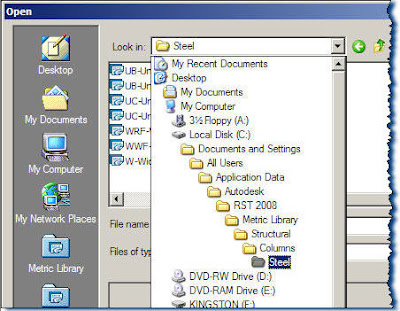 Then the penny dropped…

Column families are created to be placed such that they are vertical and attach to slabs and foundations and grids with a single selection point where as;

Beams families are created to attach to columns and load bearing walls, and are specified by selecting two locations i.e. each end of the beam. 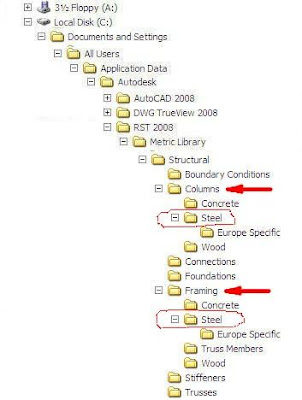 So …. back tracking up the directory structure and back down again to Metric Library\Structural\Faming\Steel 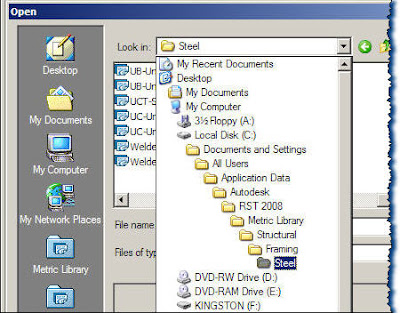 I was then presented with a choice? Ummmmm 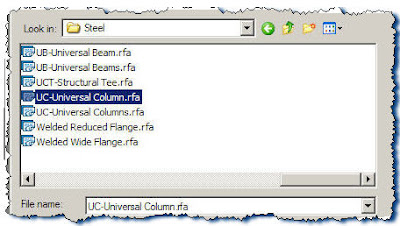 Now what is the difference between?

I then decided to investigate further ….

Looking at the two open family screen dumps they appear to be the same but…….. 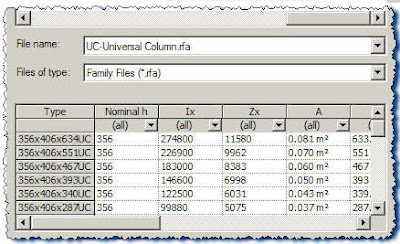 UC – Universal Column.rfa – starts at the largest serial size member and the UC designation behind the serial size and weight, where as; 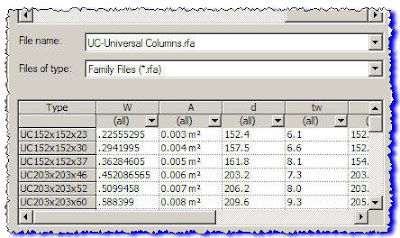 UC – Universal Columns.rfa – Starts at the smallest serial size member and the UC designation is before the the serial size and weight.

A quick slide down the UC-Universal Column.rfs family type thus: 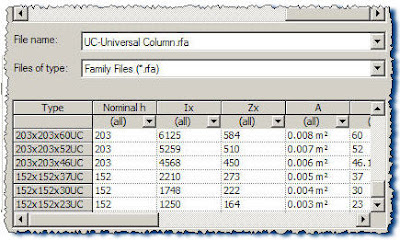 As you only get to look at a small area of the type and property table I went to the folder loaded the two files into a text editor to print out and checked that they were exactly the same, and they are.

So the question was why are there two?

Cast your mind back to my explanation UK steel sections in When is a Column not a Column? -Part 1. Common methods of specifying steel in the UK are (using the same section as an example):

So you might be fooled into thinking that now you know the plural version of the family name, i.e the one with the (s) at the end, is the one with the section designation at the front this will apply to all the other sections.

Don’t be silly no real logic has been used in developing any kind of file naming system lets take a look.

OK we have dealt with columns.

But hang on what’s this why is there a

Now why combine SHS and RHS in one format and separate them in another? 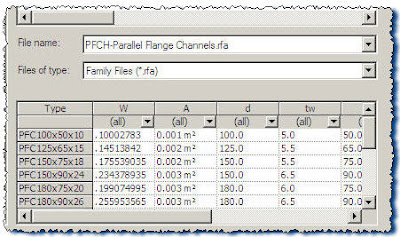 Looking at the type it’s a PFC with the designation at the front so what in blue blazes is the H for (H or Ho it’s the other way round to…. PFC-Parallel Flange Channel.rfa) 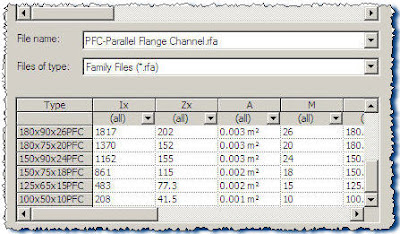 Then there are the Angles 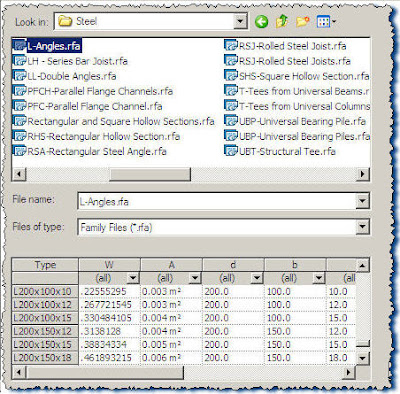 So where is the L-Angle.rfa file that has the information in the format 200x150x18L ?